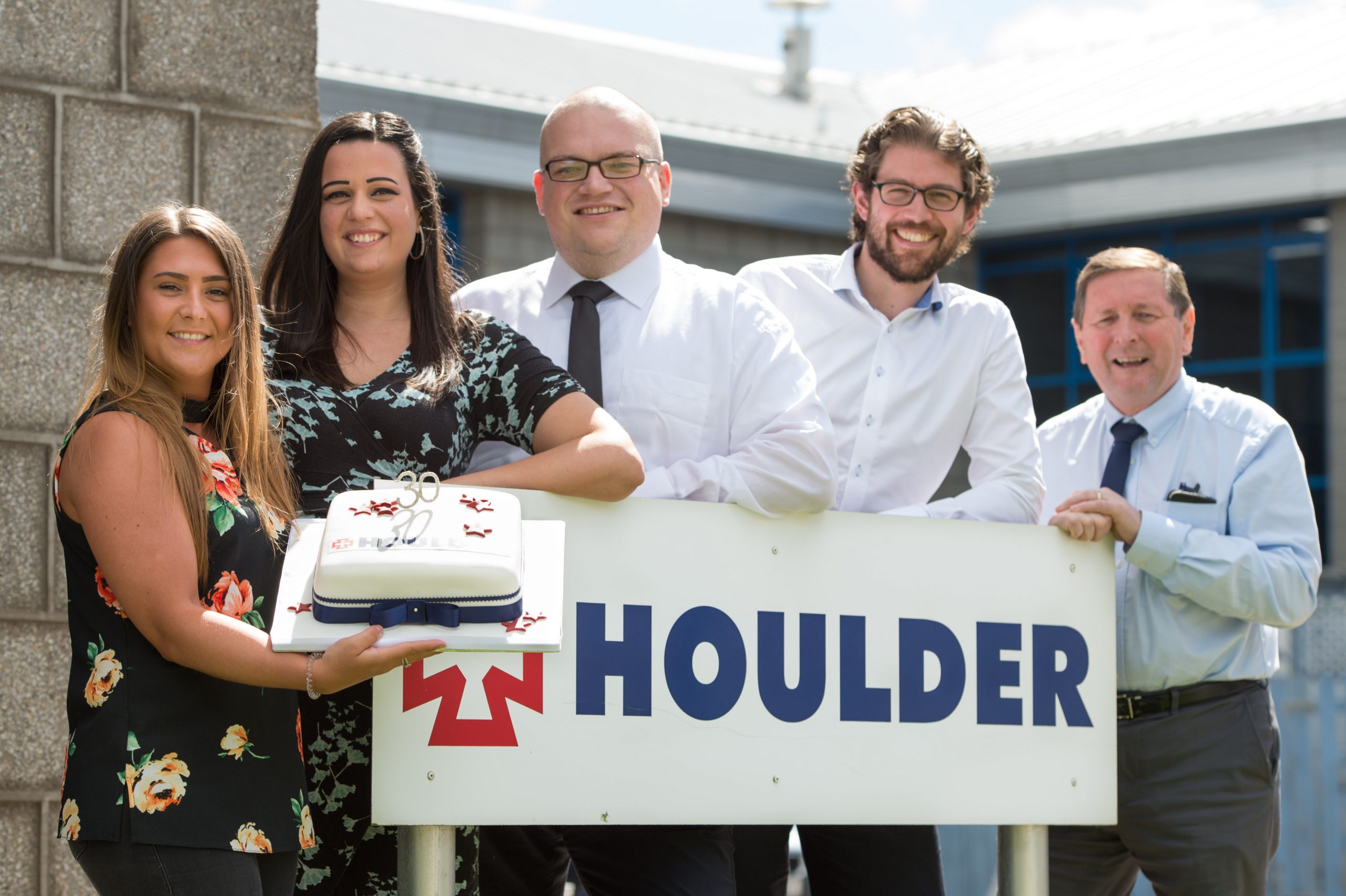 July 27th 2017 marks Houlder’s 30th birthday. La Bamba was Number One in the charts and Timothy Dalton was James Bond when the organisation’s value as an independent design and engineering consultancy was recognised.

The name Houlder has been associated with the marine industry for over a hundred and fifty years.  It had previously owned and operated a range of vessels starting as the Houlder Brothers’ Shipping Line.  Always an innovator, the company was one of the first commercial steam ship operators before going on to develop refrigerated transatlantic cargo vessels and then running one of the world’s first gas carrier fleets. By the 1970s it was operating cutting-edge drilling and dive support infrastructure in the North Sea including the record breaking Uncle John semi-submersible. Named after the company owner, John Houlder (pictured alongside his namesake), the vessel was responsible for the first and deepest North sea hyperbaric weld repairs.

As North Sea infrastructure changed ownership in the 1980s, it was clear Houlder’s knowledge and expertise had the potential for commercial success.  A consultancy business was formed by early shareholder’s including chairman John Harrison, John Coates, Linsley Meadows and Jean Anderson. Linsley and Jean are still working for Houlder, based in the London headquarters.

The company soon diversified from its Oil & Gas roots. It won the design and build contract for the six RoRo vessels that formed the UK Ministry of Defence Strategic Sealift Service.  This was funded by a £1.25bn Private Finance Initiative – the biggest in the defence sector at the time. Teams are often deployed to work in centres of the shipbuilding, subsea and offshore industries across the globe.   They typically comprise a cross section of experience and talent with senior, time served engineers working alongside new graduates and apprentices. This approach ensures the company continually develops new blood with an eye to the next thirty years and beyond. Events marking both milestones – Houlder’s 30th birthday and 10 years of employee ownership – will continue throughout the year.

You can read more about Houlder’s history here.