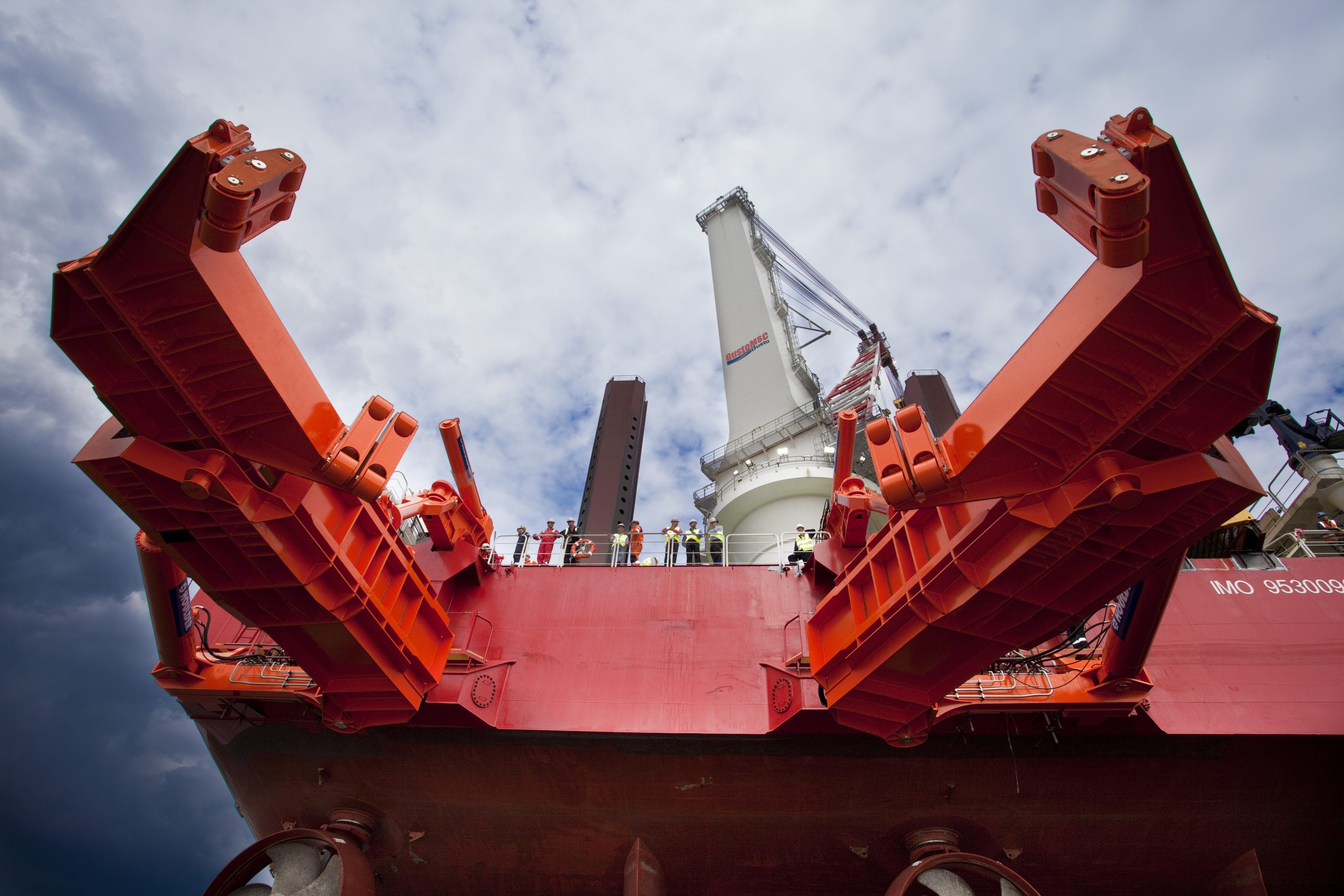 The Gripper Arm Control System won on the Advanced Control Systems and Customer Application of the Year categories, making ISC the first ever company winning the awards twice. Last year ISC was recognised in UK & Ireland, and globally, for another collaborative work with Houlder on the offshore Turbine Access System (TAS).

In his keynote presentation in the annual graphical system design technical conference and exhibition, NIDays, held on 20 November 2013 in London, Dr Andy Clegg, Managing Director of ISC, explained the various challenges encountered in the project. Weighing 70 tons each, the gripper arms are designed to handle piles of varying diameter (up to 6m), length (up to 65m) and weight (up to 700 tons). Besides the scale, the control project also faced short development time (4 months from requirements to complete code) and limited availability of the final system for commissioning, as the vessel is on almost continuous charter.Through an emulator built in LabVIEW to simulate the system behaviours under both normal and fault conditions, ISC engineers were able to maximise office based testing. Dr Clegg attributed the project success to the creativeness and rigour of ISC engineers, effective cooperation with Houlder engineers and MPIC/MPI Offshore vessel management, and the support from NI.

Engineered by Houlder for the offshore vessel MPI Discovery with the support and involvement of MPIC and MPI Offshore vessel management, the pile gripper arms hold and maintain the vertical position of a long and large steel monopole into the seabed while it is driven into the seabed to up to 40m to form the foundation of wind turbine tower installation.

Developed using NI LabVIEW and deployed on the CompactRIO hardware, the control system ensures the grippers’ reliable deployment, stowage and positioning in the horizontal plane through a joystick located in the operator’s chest pack.

About Industrial Systems and Control Limited
ISC is a highly regarded specialist in control, modelling and simulation technologies. Established in 1986, ISC has helped clients tackle novel and difficult control problems, working across a wide range of industries including automotive, marine, defence, power generation and oil/gas.