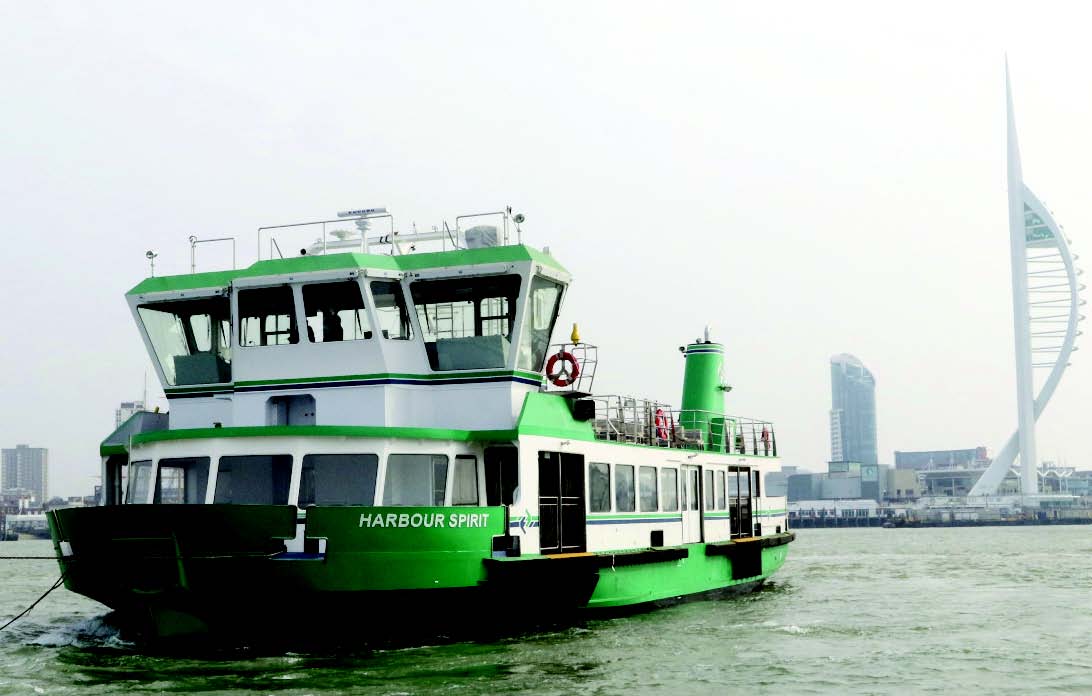 Gosport Ferry Harbour Spirit, designed by Houlder, has been delivered to Portsmouth Harbour.  The 32m, 293t ferry has capacity for up to 300 passengers and crew. It will be used mainly on the cross-harbour route between Gosport and Portsmouth, although it is capable of operating anywhere in the Solent. It has indoor seating for 92 compared with 75 on the current Spirit of Gosport. The forward saloon area is more enclosed and better protected from the elements. Wheelchair users have better facilities and there is more space to stow bicycles in response to customer demand.

Houlder was contracted to provide a new Gosport Ferry design and specification in 2012 enabling Gosport Ferries to undertake a tender process involving yards across the UK and Europe.  First steel was cut in December 2013 at the winning Tehnomont Shipyard, Croatia (pictured.) Houlder provided shipyard supervision services working in close collaboration with the owners throughout. The ferry was launched in November 2014 ahead of schedule. There followed a month of sea trials, before the vessel was loaded onto the m.v. Amoenitas heavy lift ship for the 3,000 mile journey home.

The name Harbour Spirit was selected for the Gosport Ferry through a competition won by local resident, David Hurman.

David said: “I thought it was important that the name of the new ferry should reflect the way that Portsmouth and Gosport have come together through the regeneration made to the Harbour area.”

A commissioning ceremony to mark the new ferry coming into service will be held this Spring.

Gosport Ferry General Manager, Keith Edwards commented in Gosport Ferry News: “We are delighted with the quality and design of our new ferry. It includes many improvements suggested by our passengers and will enable us to continue to provide high standards of comfort, reliability and service on the route between Gosport and Portsmouth for many years to come.”

As a leading independent marine engineering and naval architecture consultancy, Houlder has a long track record of working with UK Ferry operators including Gosport Ferries, Wightlink, P&O Ferries and the Isle of Man Steam Packet Company for example. The company provides design and technical support to a wide range of newbuilds, conversions and upgrades.