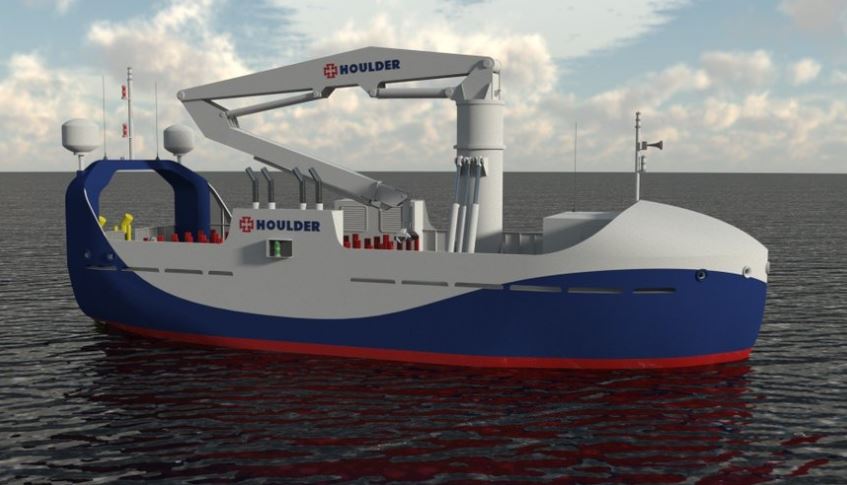 The team released the below animation as part of a series of industry demonstrations earlier this month.

The work formed part of the joint industry Windfarm Autonomous Ship Project (WASP). This explored the technical, regulatory and societal issues related to using autonomous surface vessels to support offshore wind farm operations and maintenance. The project, part funded by Innovate UK, set out to verify the benefits and build the case for the use of autonomous vessels. L3 Harris, SeaPlanner, ORE Catapult and the University of Portsmouth also contributed expertise and resources to create a future vision for windfarms operations.

Previous research has found that vessels can account for as much as 60% of an offshore wind farm’s operating costs, of which crewing makes up a significant proportion. These costs could be significantly reduced through crew-free transfer of cargoes between shore and offshore wind turbines. Human error during cargo handling has also been proved to be the primary cause of accidents. Houlder has developed a concept vessel that could improve performance while remaining practical and cost-effective to build and operate.

Projects aimed at driving efficiencies, such as this, alongside similar innovations in emission reduction and alternative fuel use, are becoming more central to Houlder’s business as clean energy increases in importance.

Contact us through enquiries@houlderltd.com or +44 (0)20 7283 1220 for more information on this or any other of our clean energy naval architecture projects.